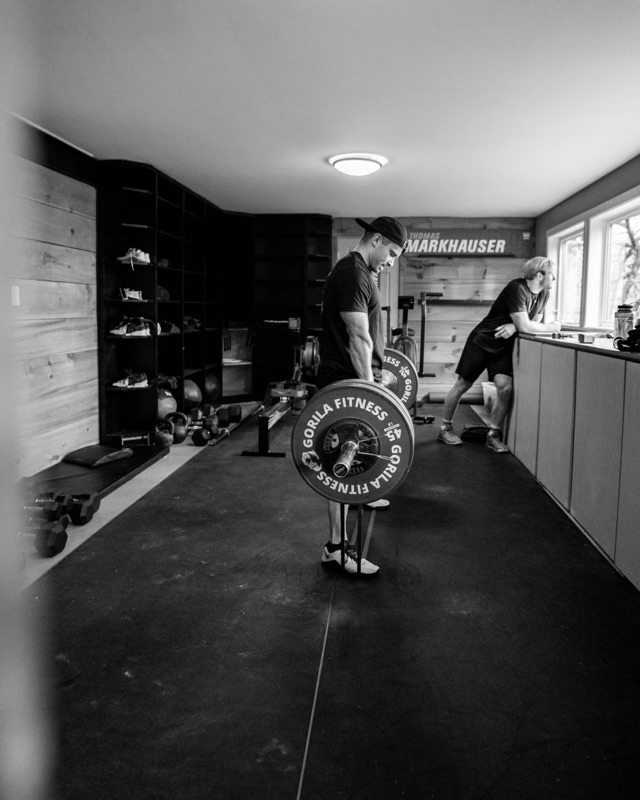 Cofondateur et entraîneur principal de Chelsea Athletica, Thomas est entraîneur et athlète de Crossfit depuis 2015.
He is one of the few Crossfit Level 3 Trainers in Canada and he has competed twice as a Crossfit Games Regional Athlete. Thomas's fitness journey began at a young age. Growing up, Thomas was a competitive sprint canoer at the Cascades Club in Chelsea. Through his ten year paddling career he became a national champion winning gold at the Canada Games. Thomas is a firm believer that fitness is a key component to health. In 2018 he founded a group fitness program for women undergoing treatment for, and recovering from, cancer. Thomas has also worked with adaptive athletes and has been a supporter of the Motionball initiative for athletes with special needs. Thomas lives in Chelsea with his partner Sarah and two young boys, Everett and Beau. When he's not in the gym you can find him outdoors mountain biking, rock climbing, paddling or river surfing, or at Palmier enjoying a coffee with friends.